Browse through the list below to learn a bit more about the people who run the 1834 Fellowship Program. 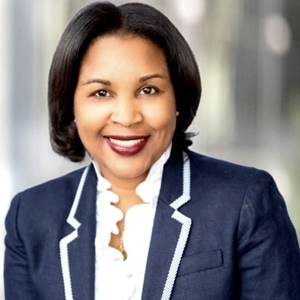 Velma Morgan is a leader with proven experience in creating and implementing policies and programs in the provincial government for over 10 years. Her comprehensive knowledge of government and public policy processes allows her to quickly decipher and analyze complex issues and positively contributes to a solution.

Velma’s recent work in government included working on the highly successful Pan/Para Pan American Games, the creation of the province’s Sports plan and the creation and passing of two legislations: The Ontario Immigration Act and Ontario Black History Month. She co-organized the first Black Political Leader summit in Nova Scotia.

As Chair of Operation Black Vote Canada, she is the co-architect of the 1834 Fellowship and the architect of the first ever- Black Community provincial leaders debate, Black Women’s Political Summit and Next Generation Political Summit. Velma is also involved in a myriad of community and not-for-profit associations. She continues to participate in election campaigns at the Municipal, Provincial and Federal levels across Ontario. 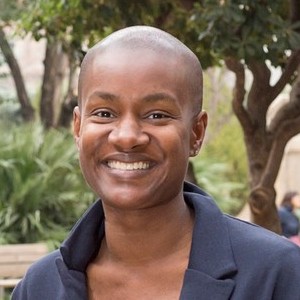 Annamie Paul is a lawyer, international affairs expert and social entrepreneur from Toronto. She holds a Master of Public Affairs from Princeton University, a Bachelor of Laws from the University of Ottawa and speaks four languages. Annamie is an inaugural Action Canada Fellow, an Echoing Green Fellow, a member of the Recruitment of Policy Leaders Program, member of the University of Ottawa Common Law Honour Society and a recipient of the Harry Jerome Award. She has worked in diverse roles, in global conflict prevention, the International Criminal Court and Canada’s Mission to the EU. Annamie has founded two social non-profits and has launched and supported non-partisan organizations that have helped women and minorities to enter Canadian politics. She is a first generation Canadian of Caribbean heritage and is married with two sons. 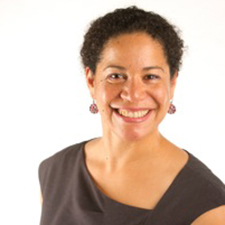 Michelle Farrell is an experienced advocate who challenges the inequities arising in everyday conflicts across various systems. She is the Principal at Farrell Law & Mediation, the firm that she founded in 2012. Areas of practice include: Child Protection, Civil Litigation, Custody and Access, Education Law, and Human Rights. In addition to litigating in all levels of court, Michelle is adept at facilitating rights based conversations, providing conflict resolution training, and coaching.

Michelle completed her undergraduate degree at the University of Western Ontario where she studied Developmental Psychology, English Literature and Drama. She earned an LL.B. from the University of Ottawa in 1996. She is a member of the Bars of both Ontario and New York and holds certificates in Mediation from York University.

Michelle began her legal career in the Department of Justice’s Legal Excellence Program where she gained both policy (human rights, constitutional) and litigation experience (tax, civil, criminal). She served as Counsel to the Chief of the Toronto Police Service and as the Director of Diversity Equity and Ethics at the Ontario Provincial Police. In both strategic positions, she was part of the executive team and was involved in policy development, strategic planning and operations. Recently, she contributed to the Cross-Over Youth Project at
Ryerson University – a project that seeks to find better outcomes for youth involved in both the child welfare and criminal justice systems. In 2020, she began her work as the Advisor to the President and CEO of Trillium Health Partners on Anti-racism.

Michelle was raised in Scarborough Ontario where she was an active participant in the arts and
sports programs that were offered in her home school. She is a former member of the Nathaniel Dett Choral (soprano) and the founding President of the Culchahworks Arts Collective, which supported projects such as Obeah Opera (by Nicole Brooks) and We Still Dare to Dream – The Oratorio (by Andrew Craig). 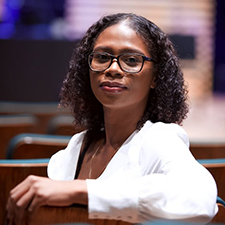 Breanna Lee is a recent graduate of the University of Sussex Law School with a degree in Law with International Relations LLB.

She currently serves as a Constituency Assistant for a Member of Federal Parliament.

A strong communicator by nature, Breanna uses her skills to address issues of inequality and lack of representation.

Breanna’s interest in public policy, political processes and representation led her to volunteer with OBVC.

Breanna is committed to supporting OBVC’s initiatives to ensure more Black representation in politics, government and Agencies, Boards and Commissions.

She is also a very proud member of her community of Mississauga, Ontario where she was born and raised, and continues to volunteer with numerous organizations. 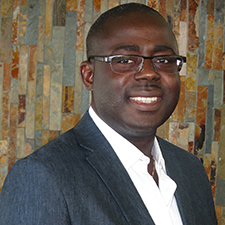 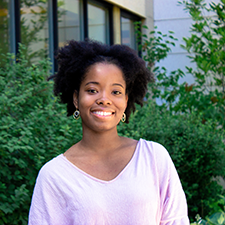 Robyn Taylor is currently pursuing an economics degree at the University of Alberta. Hailing from the island of Jamaica, Robyn is passionate about empowering Edmonton’s African, Black and Caribbean community through community service. She is the current program coordinator for YEGTheComeUp, a Black youth empowerment program that coordinates capacity building opportunities and community development initiatives for Black youth aged 16 to 30. Robyn is interested in exploring how economics and public policy can be used to promote long-term community development. Her vision is to see more young Black leaders in decision making spaces, pursuing equitable policy measures with a strong community focus. Robyn is looking forward to working with this year’s Alberta cohort!

Stay Connected with Us

Thank you to @sandymhudson and Aliesha Arndt for s

Congratulations to @annamiepaul. The new leader of

ICON Talent Partners is proud to announce the offi

‪We are so thrilled to introduce our fabulous #1

‪Thank you so much to our two incredible June mi

Congratulations to one of our 1834 fellows Adam La

Congratulations to our first cohort of #1834Fellow

Error: API requests are being delayed for this account. New posts will not be retrieved.

We are hiring for a Junior Government Relations Consultant @crestview_strat! Are you passionate about the unique and complex field of #PublicAffairs? Do you have an interest in #government, #monitoring or political #campaigns? If so, we want you on our team.

It was an absolute honour working with @blackvotecanada in providing media and government relations training to their impressive 1834 Fellows!

The @1834fellowship prepares Black youth for roles in civic leadership and supports them in their skills and career development. https://twitter.com/1834fellowship/status/1379804743221055495

We would like to thank @JaskaranSandhu_ and @morganleepr from @crestview_strat for working with our #1834fellows and providing them skills and strategies needed to pursue a career in public policy. #RepresentationMatters