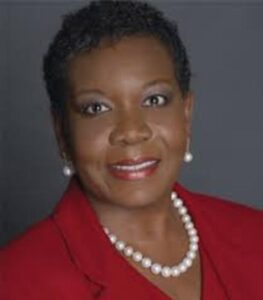 Delores is the founder; President & CEO of NHI Nursing & Homemakers Inc. since 1985. A company that offers health care staffing and home care services. NHI impacts the Canadian economy with several hundred employees comprising of temp, perm, casual employees. Over 50 different languages spoken throughout the organization. NHI is committed to continuous quality improvement and in September 2013 the organization received Accreditation with Commendation from Accreditation Canada, an organization that measures NHI’s standard of practice against national standards. Recipient of four consecutive years of Consumers’ Choice Award for Excellence in Nurse Services.

Over the past eight years Delores thru NHI has provided several students from various organizations placements and mentoring for a variety of programs. She has organized shipment of variety of medical equipment and supplies to various hospitals and infirmaries in Jamaica and have facilitated visits by politicians and medical students from Jamaica to hospitals and long term care facilities in Canada. She also contributed financially to various community organizations in Jamaica and Canada.

A recipient of many awards and recognitions. Appointed to the Anglican Church Diocese of Toronto Executive and Diocesan Council in 2006 to present. Co-chair of the Diocese’s recent successful $50 million fundraising campaign. 2004-2012. Chair of Operation Vote Canada.

Appointed to the Order of Ontario Advisory Board- 2013, Ontario Judicial Council in 2010-2014, Director and Chair of Seneca College Board of Governors. Director and Chair of Academic & Patient Care Comm.of Sunnybrook & Women’s Hospital , Member of the Toronto International Film Festival Group Capital Campaign.

A Registered Nurse with the College of Nurses of Ontario. Grad.of York Univ., MBA from Univ. of New Hampshire, Dipl. in Business Mgmt. from Harvard Business School, Grad. Univ. of Toronto/Rotman’s Institute of Corporate Governance Program; Grad in Lay Ministry from Wycliffe College- University of Toronto. 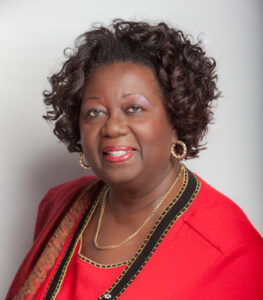 Jean Augustine’s story is a testament to the power of hard work and devotion in pursuit of social justice.Born in St. George’s, Grenada in 1937, Jean lost her father at a young age, but blossomed into an outstanding young student raised by a wise grandmother.

Jean earned her Master’s in Education degree while working as an elementary school teacher with the Metropolitan Separate School Board in Toronto. She would later become principal/supervisory officer while remaining deeply involved in grassroots efforts in the community.

In 2007, the Government of Ontario asked Jean to lead the commemoration of the 200th anniversary of the abolition of the British slave trade. Later that year, she was appointed the first Fairness Commissioner for the Province of Ontario. Jean set new regulatory standards for clarity, openness and streamlined access to employment conditions for foreign trained professionals. Jean served as Fairness Commissioner until her retirement in 2015. 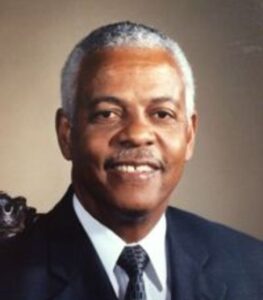 Dr. Alvin Curling was educated in Kingston, Jamaica and at Seneca College and York University in Toronto, Ontario. During his studies at Seneca, he was awarded the Seneca Cup Award, the College’s most prestigious award, for excellence in academic achievement and demonstrated commitment to improve the quality of student life at the College. He began his career as an educator in 1972 and served as the Director of Student Services at Seneca College. He was also the President of the World literacy of Canada.

Dr. Curling was first elected to the Ontario Legislature in 1985, winning the Scarborough North constituency (now Scarborough Rouge-River) by over 8,000 votes and totaling 30,504 votes, the highest vote total in Canadian history at the time. In recognition of his abilities, Dr. Curling was appointed Minister of Housing that year, thus becoming the first Caribbean-Canadian to hold a Cabinet-level position in Ontario. He was easily re-elected in 1987 and was appointed to the vital role of Minister of Skills Development in September 1987.

Then, in 2003, Dr. Curling was elected Speaker of the Ontario legislature without opposition becoming the first Caribbean-Canadian Speaker of the Legislature in Ontario’s history. He went on to serve as a Member of the legislative Assembly (MLA) for 21 consecutive years, making him the most enduring Caribbean-Canadian to serve at any level of government in Canada. Throughout his career as an MLA, Dr. Curling dedicated his time in office as an advocate for minority voices by championing the high principles of inclusiveness, public service, and human rights and by addressing the preservation of democracy, which he describes as the central doctrine of his political career. Through this continuing commitment, he thus stands as one of the most respected figures in Canadian politics.

In 2005, Dr. Curling was asked by the federal government to serve as Canada’s Ambassador to the Dominican Republic where he played such an integral part in facilitating the free trade negotiations between Canada and the Dominican Republic. Between 2007 and 2010, he was selected to serve as a Senior Fellow at the Centre for International Governance Innovation (CIGI) in Waterloo, Ontario, Canada. In addition to this, Dr. Curling was appointment co-chair to the Premier’s Task Force in 2006, along with former Chief Justice of Ontario Roy McMurtry, on the Commission to Review of the Roots of Youth Violence. Together, they would conduct an extensive study with intensive consultations across Ontario examining the underlying causes of violence involving youth and, as a result, established policy options and action for recommendation to the Premier in a landmark report titled The Review of the Roots of Youth Violence published in 2008.

As a result of his political life and service to the public, the Northern Caribbean University awarded him the Award of Excellence in 1999. Dr. Curling was also honoured by the government of his country of birth, Jamaica, with the Order of Distinction in the rank of Commander in 2001.

In addition, Dr. Curling was awarded two Honorary Doctorates from the University of Techno logy (U-TECH) in Jamaica and from York University in Toronto. Dr. Curling was inducted into the Hall of Fame at U-TECH. He is also the recipient of numerous awards from different Caribbean nations for his continuous support on disaster relief projects throughout the region and is the recipient of the Queen’s Golden Jubilee medal as well as the Diamond Jubilee medal, which he received in 2012.

Since that time, Dr. Curling has received a number of kudos, plaudits and expressions of recognition by a grateful public, the most recent of which has been his installation as an honoured member of The Order of Ontario. His commitment to the young and the disadvantaged has been his life’s work and makes him an optimal role model whose name has been chosen to adorn our school. 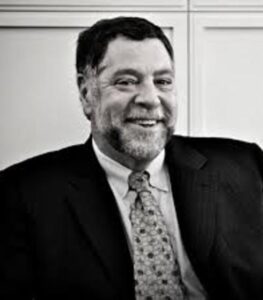 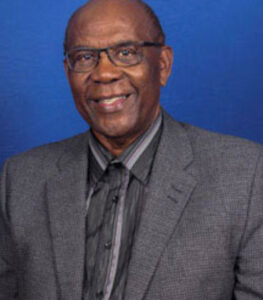 Joe Halstead is the Immediate Past Chair of Ontario Place Corporation. He served as Commissioner, Economic Development, Culture and Tourism, City of Toronto (1998-2006). He was the Commissioner of Parks, Recreation and Culture (North York 1994-1998) and Chairman and CEO of the Festival Management Committee (Scotiabank Caribana. 2006-2010).

Previously, he spent 24 years with the Government of Ontario in a broad range of management positions, rising to the position of Assistant Deputy Minister in the Provincial Ministry of Culture, Tourism and Recreation.

He is a former member of the Board of Directors of Metrolinx Corporation, the Regional Transportation Authority. As well, he was a Board member of Maple Leaf Sports and Entertainment Team Up Foundation. Mr. Halstead has been involved in the business and recreational sectors most of his professional career. He has served on Boards such as the Premier’s Roundtable on Volunteerism, the Toronto Community Foundation, Canada Games Council, the Inter-Provincial Lottery Corporation and the Toronto Economic Development Corporation.

Joe Halstead was the Vice-Chair of the bid committee which recently secured Toronto as the Host City for the 2015 Pan American Games. He went on to become a Board Member of the Toronto 2015 organizing committee for the Games. He was also the Executive Lead for the World Youth Day Conference and the Pope’s visit in 2002. He has served on numerous other Federal, Provincial and Municipal Committees over the past 20 years.

He is listed in the National Registry’s Who’s Who of Executive & Professionals. He was awarded the 2002 African Canadian Achievement Award and the 2012 Queen Elizabeth II Diamond Jubilee Medal.

In 2015, Joe Halstead was given the Province of Ontario’s highest honour when he was awarded the Order of Ontario.

Joe Halstead has a BA in Political Science & Economics from York University and a Certificate of Technology from Bristol College of Science & Technology, UK. 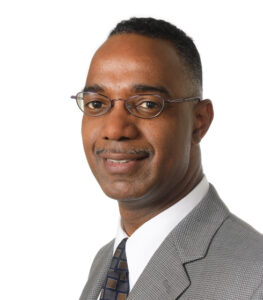 Dr. Gervan Fearon became President of George Brown College in August 2021. Working with colleagues across the college, he aims to support career-oriented programs to meet the needs of students and the demands of employers; advance college-led research; and enhance community engagement. With a proven track record of collaboration, transformative leadership and engaging higher learning communities in a shared mission, he leads George Brown’s efforts to provide transformative education opportunities that benefit learners, industry and the greater community.

His career also included serving as the Executive Assistant to the Deputy Minister at the Ontario Ministry of Agriculture, Food and Rural Affairs and a Senior Analyst at the Treasury Board, Ontario Ministry of Finance. He has also served on numerous community boards, including Ontario Trillium Foundation, Brandon Urban Aboriginal Peoples’ Council, United Way Niagara, Greater Niagara Chamber of Commerce, and the Chinese Cultural Centre of Greater Toronto. He was also Co-Chair of the Niagara Region’s Community Safety and Well-Being Planning Committee, Chair of the Budget and Audit Committee of Council of Ontario Universities, and President of Tropicana Community Services.

Gervan was a co-founder of the Canada Caribbean Institute, along with Sir Hilary Beckles, Vice-Chancellor, The University of the West Indies. Gervan is a recipient of the Queen Elizabeth II Diamond Jubilee Medal (2013), The Michaëlle Jean Foundation Influencer Award (2017), The University of the West Indies Vice-Chancellor’s Award (2020) and several other awards of recognition. 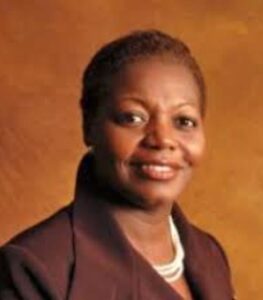 Marva has been an active member of the important Black Experience Project (GTA) team since its 2010 inception, serving as Project Director for Phase 1 and is currently the project’s Director of Engagement and Outreach.

She is a highly sought facilitator, moderator & professional speaker.  With diversity & inclusivity as an imperative, she provides clients with courage to transform their leadership vision.

Marva is co-founding president &managing director of Canadian Black History Projects and an avid community volunteer with decades of Board leadership experience, including as chair of 2 United Way campaigns with record-breaking results in 2010 and 2011 and completing 13 years on the YMCA-YWCA Board of Guelph, the last 2 as Chair.

Additional experience with politics and government include managing both her local federal and provincial constituency offices, 7 and 3 years respectively.

Marva holds a Masters of Arts in Leadership from the University of Guelph and serves on its College of Economics and Business’ Leadership Advisory Board where she is an inaugural recipient of its Alumni with Impact Award.