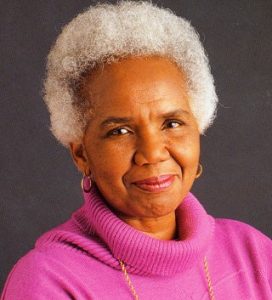 Rosemary Brown was born in Kingston, Jamaica, in 1930, and moved to Canada in 1951 to study social work at McGill University in Montreal. She proceeded to earn a Master of Social Work at the University of British Columbia.[1] She also helped to found the the British Columbia Association for the Advancement of Coloured People (BCAACP) in 1956 to help advocate for housing, employment and human rights legislation.[2]

She served as a Member of the Legislative Assembly (MLA) in the British Columbia legislature as a part of the New Democratic Party from 1972 to 1986, making her the first Black Canadian woman to be elected to a Canadian provincial legislature.[1]

In 1975, she became the first black woman to run for the leadership of a Canadian federal party (and only the second woman, after Mary Walker-Sawka), finishing a strong second (with 40.1% of the votes on the fourth and final ballot) to Ed Broadbent in that year’s New Democratic Party leadership election.[3]

After departing politics, she became a professor of women’s studies at Simon Fraser University. In 1993, she was 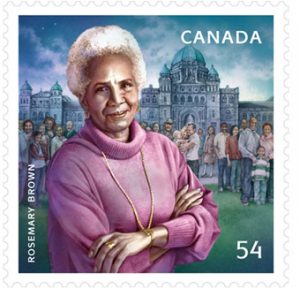 appointed Chief Commissioner of the Ontario Human Rights Commission, and served until 1996. In 1995, she was awarded the Order of British Columbia and in 1996 was named an Officer of the Order of Canada.[1]