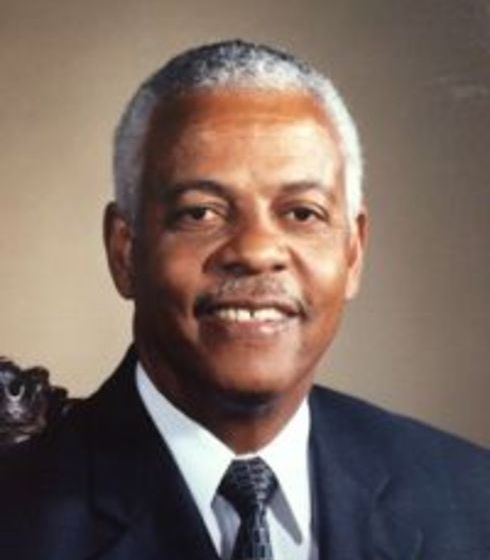 Dr. Alvin Curling was educated in Kingston, Jamaica and at Seneca College and York University in Toronto, Ontario. During his studies at Seneca, he was awarded the Seneca Cup Award, the College’s most prestigious award, for excellence in academic achievement and demonstrated commitment to improving the quality of student life at the College. He began his career as an educator in 1972 and served as the Director of Student Services at Seneca College. He was also the President of the World Literacy of Canada.

Dr. Curling was first elected to the Ontario Legislature in 1985, winning the Scarborough North constituency (now Scarborough Rouge-River) by over 8,000 votes and totaling 30,504 votes, the highest vote total in Canadian history at the time. In recognition of his abilities, Dr. Curling was appointed Minister of Housing that year, thus becoming the first Caribbean-Canadian to hold a Cabinet-level position in Ontario. He was easily re-elected in 1987 and was appointed to the vital role of Minister of Skills Development in September 1987.

Then, in 2003, Dr. Curling was elected Speaker of the Ontario legislature without opposition becoming the first Caribbean-Canadian Speaker of the Legislature in Ontario’s history. He went on to serve as a Member of the Legislative Assembly (MLA) for 21 consecutive years, making him the most enduring Caribbean-Canadian to serve at any level of government in Canada. Throughout his career as an MLA, Dr. Curling dedicated his time in office as an advocate for minority voices by championing the high principles of inclusiveness, public service, and human rights and by addressing the preservation of democracy, which he describes as the central doctrine of his political career. Through this continuing commitment, he thus stands as one of the most respected figures in Canadian politics.

In 2005, Dr. Curling was asked by the federal government to serve as Canada’s Ambassador to the Dominican Republic where he played such an integral part in facilitating the free trade negotiations between Canada and the Dominican Republic. Between 2007 and 2010, he was selected to serve as a Senior Fellow at the Centre for International Governance Innovation (CIGI) in Waterloo, Ontario, Canada. In addition to this, Dr. Curling was appointed co-chair to the Premier’s Task Force in 2006, along with former Chief Justice of Ontario Roy McMurtry, on the Commission to Review of the Roots of Youth Violence. Together, they would conduct an extensive study with intensive consultations across Ontario examining the underlying causes of violence involving youth and, as a result, established policy options and action for recommendation to the Premier in a landmark report titled The Review of the Roots of Youth Violence published in 2008.

As a result of his political life and service to the public, the Northern Caribbean University awarded him the Award of Excellence in 1999. Dr. Curling was also honoured by the government of his country of birth, Jamaica, with the Order of Distinction in the rank of Commander in 2001.

In addition, Dr. Curling was awarded two Honorary Doctorates from the University of Technology (U-TECH) in Jamaica and from York University in Toronto. Dr. Curling was inducted into the Hall of Fame at U-TECH. He is also the recipient of numerous awards from different Caribbean nations for his continuous support on disaster relief projects throughout the region and is the recipient of the Queen’s Golden Jubilee medal as well as the Diamond Jubilee medal, which he received in 2012.

Since that time, Dr. Curling has received a number of kudos, plaudits, and expressions of recognition by a grateful public, the most recent of which has been his installation as an honoured member of The Order of Ontario. His commitment to the young and the disadvantaged has been his life’s work and makes him an optimal role model whose name has been chosen to adorn our school.